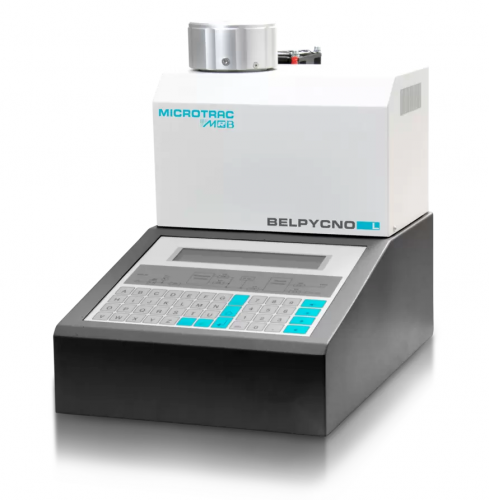 BELPYCNO L is a fully automated gas pycnometer for the determination of volume and skeleton density of powders, granulates, porous materials, mixtures, pastes and liquids.

The gas pycnometer replaces the classical method of liquid displacement, utilizing a probing gas such as Helium which can reach even the smallest pores with less than one nanometer in diameter. Thus, the density of powders and porous materials can be determined exactly.

The gas pycnometer works as a standalone instrument or by connecting it to a computer. The included software is easy to use and offers full control and a wide array of functions, from programming the computer to the report and storage of analytical data and results. Additionally, the computed volume and density are displayed in-situ for each measurement step.